Vogue And The Economist Praise Toronto As Cool And Livable

Yes, if you haven't heard already, Torontonians are enjoying one of those satisfactorily blissful moments when our own proclamations as urban denizens are given a new dimension of credibility by an outside source.

While Toronto has oft been the source of press - mostly from alarmist real estate pundits who warn about the lingering potential of an overheated market - the latest accolades come from uber-chic Vogue Magazine and the well-regarded Economist! 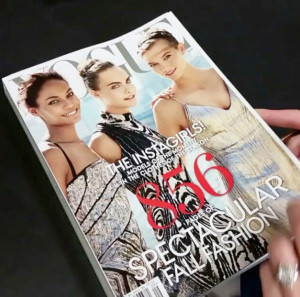 Vogue Magazine has named West Queen West as one of the coolest places to live - not in Toronto, or even in North America - but, in the entire world. Wow!

And we quote: “Queen Street West is a verifiable artery of indie patisseries, homegrown labels, and hidden-from-view galleries—hallmarks of hipness, if ever they existed.”

We couldn’t have said it better ourselves!

For some time, we’ve been singing the praises of West Queen West as a neighbourhood that has arrived; it has done so in the most elegantly chic sort of way, with its vibrant art scene, fashionable residents, and prime location. As it happens, this coveted pocket of Toronto has earned a rather impressive moniker with global status from a publication with equally distinct pedigree. 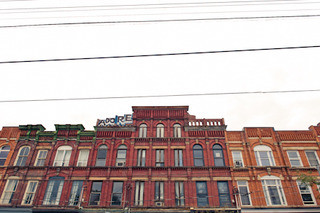 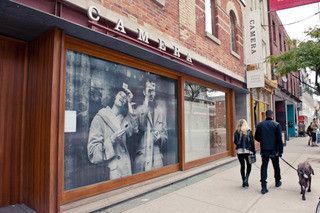 Another highly reputable magazine with global reach -  the kind that validates "lifestyle" with ardent fact and intelligent writing - has named Toronto among the top four places to live in the entire world:

In their recent Global Liveability Ranking and Report, The Economist rates 140 cities across the world based on factors like stability, health care, culture, environment, education and infrastructure. Click here for a story from the Financial Post about the report.

In order: Melbourne, Australia tops the list, followed by Vienna and Vancouver and then ... Ta Da! Toronto!

Another Canadian notable, Calgary (is that three in the top five? Go Canada!) tied for fifth place with Adelaide, Australia.

When you combine these two recent nods from the press it brings forth an important truth about Toronto; it’s cool on the inside (important fundamentals that support quality of life and asset growth, per The Economist) and on the outside (cutting-edge, trend-setting desirability, per Vogue).

Trying to decide which of Toronto’s fab neighbourhoods best suits your style and needs?

Visit urbaneer’s Neighbourhoods page to get a glimpse of what life is like in Toronto, Ontario, Canada!.

Steven and the urbaneer team

Like what you've read? Consider signing up in the box below to receive our FREE monthly newsletter on Toronto real estate, culture and design, including our love for unique urban spaces!

**Lead image courtesy of Toronto Life, with thanks**

Our Press On The Real Cost Of Commuting

Other Posts For Queen West