Dear Urbaneer -  Are You North, South, East or West?

Welcome to our monthly "Dear Urbaneer" post, where we answer questions asked by our clients.

This month we tackle the issue of choosing a location, prompted by a Buyer who has recently relocated from Vancouver.

My wife, daughter and I recently relocated from Vancouver. We're still getting familiar with the city, but have narrowed our search by determining that we'd prefer to live in the downtown core rather than the suburbs.  Having said that, we've discovered there are a lot of neighbourhoods to choose from that have family-friendly amenities. Although family-friendly amenities is rather a broad term, we know for sure that we need in close proximity: public transportation, parks, schools, and shopping. Our daughter is only entering toddlerhood, and her interests and needs for schooling and leisure are going to change rapidly in the near future, alongside those of our family. How should we break this city down according to our criteria, and how would you recommend we start our search ? 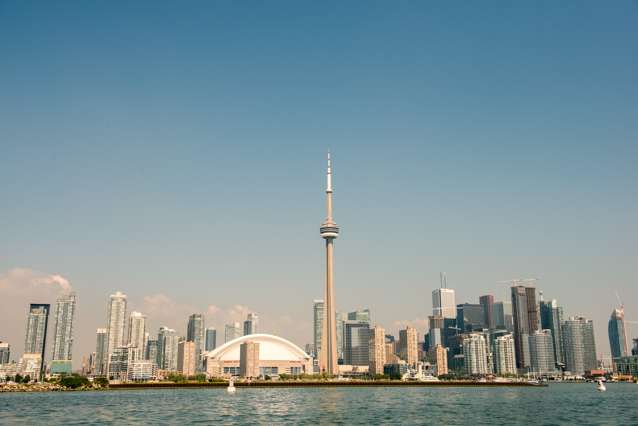 Here is our reply:

As you've identified a fairly specific amenity wish list, and in order to give yourself geographical context to begin your search, it may be best to anchor yourself squarely in the middle. Depending on which direction you turn, the quadrant facing you will have different appeal.

If asked most Torontonians to pick the centre axis of the city, they’d probably respond “Yonge and Bloor Streets”. While this nexus does serve as the gateway to chic Bloor Street retailers, as well as the central pivot point of the Yonge and Bloor subway lines, truthfully, no location in the city stands out as being the centre point by which all else radiates. Is this truly the case? The answer is a resounding ‘Yes!’. However, the answer is not that simplistic.

As top producing realtors selling throughout the City, spanning from The Beach to Bloor West, and Harbourfront north to Hogg's Hollow, the starting point by which we help people choose their next residence often starts with this centre axis. We find that, not only is it an identifiable departure point by which to gauge distance and location of properties to the centre core, but also people inherently delineate their personal comfort zones as being either north or south of Bloor Street, and east or west of Yonge. It's an interesting phenomenon that defies empirical explanation, but overall, people generally have a decided attraction and comfort level to one or two of these four quadrants.

Although the city’s commerce historically evolved along the Harbourfront in the mid 19th century and developed northward, by the mid 1960s the completion of both the Bloor and Yonge Street subway lines made this intersection the defining centre point for the City. Toronto, already rich in its multi-cultural make-up of village neighbourhoods, began to shift from one of culturally defined pockets, to one centred on demographics.

Historically, a buyer’s housing choice was once determined principally on ethnicity. Those who were Greek resided east along the Danforth, the Italians and Portuguese lived south west along Dundas and College, Eastern Europeans located on Bloor Street West, while the Jewish community expanded from Kensington Market northwest along Bathurst, as the English migrated north up Yonge Street. While these dominant cultural groups retained their strong imprint in the residential differentiation of the city, by the mid 1960s a generation of swinging singles- of every culture- began postponing marriage and child-rearing, and instead located in the vibrant downtown core where a massive building boom of high-rise rental housing began sprouting. It was with this demographic shift in housing choice that the ‘bright lights big city’ love affair for downtown living began.

Since the 1980s, the makeup and character of the downtown core has continued to grow with the arrival of condominium housing. Growing amidst a fabric of low density houses and mid to high density rental apartments, the condominium high-rise began offering an affordable equity-building, urban alternative to those delaying, or dismissing the need for a conventional family property. Today, the on-going intensification of Toronto with this modern housing form offers singles and couples a vibrant lifestyle that has contributed to the intrinsic success of this city, touted for its unique livability for all walks of life. And in the original vintage downtown housing stock, family life continues to foster a new generation of Torontonians, making this city a global example of social and demographic integration in an urban centre.

But what of these four quadrants radiating from Yonge and Bloor Streets? With all the cultural history that retains its indelible imprint on the fabric of the city, and a mix of housing forms ranging from traditional to contemporary, low density to high, most buyers today inherently feel an affinity to one or two of the four quadrants over the others. While the nuances of each are hardly discernible to the naked eye, a flavour persists that attracts us to one location over another. Whether it is subtle architectural merits, a social milieu, an emotional familiarity, or practical necessity, one ultimately favours particular quadrants over the others.

In your case, coming from the west coast, you may be drawn to Lake Ontario for its expanse of water, bike trails and green space which is the closest we get to replicating the Pacific Ocean. Certainly the neighbourhood called The Beach most closely matches Kitsilano in Vancouver, or perhaps the locations of Leslieville and South Riverdale which have elements of Vancouver's Commercial Drive. On the west side you'll find the neighbourhoods wrapping Toronto's largest green space called High Park to be lush with nature including Swansea, Roncesvalles Village, and Bloor West Village. What's important, we believe, is for you to explore these areas to see which intuitively feel like 'you belong' and feel comfortable to you and your family. Of course, factoring in your commute time to work, your housing budget, and the importance of being in proximity to any existing social networks you have in Toronto will automatically influence which locations you consider. But what we really want to emphasize is everyone is energetically drawn to two of the four quadrants radiating from Yonge and Bloor.

So the first question to answer as you explore the city is; "Are you north, south, east, or west of Yonge and Bloor?"

At urbaneer.com, we spend as much time focusing on how you want to live as much as what you might buy. With a comprehensive understanding of Toronto's 42 village neighbourhoods, and an acute awareness of how our built environment influences personal satisfaction, we pride ourselves as being one of the city's more personable boutique real estate services. We offer a pressure-free, hassle-free approach to real estate sales and marketing. Thinking of Selling? Our business is as much about promoting properties for sale as placing buyers! Ranking in the Top Ten of Bosley's 200+ sales associates, we are your friendly, effective real estate team!

I See Ya, Ikea