Although it wasn't as decrepit as the Detroit House pictured above, not too long ago urbaneer helped some first time Buyers purchase a substantial five-bedroom detached dwelling with a sale price in the mid $800,000s. The house, located in a family-friendly downtown neighbourhood, was a 100-year old merchant class house that had been occupied by the same owner for 35 years. Although the house was habitable, it did require a substantial amount of work.

This house was at the top of our Buyers price range. They put every cent they had into their down payment and closing costs, and use the lower level income suite to supplement their huge mortgage. While we don't frequently see first time buyers leverage themselves this high into a property which isn't turnkey, urbaneer appreciated the husband's objective. He felt, in the long run, it was more prudent to stretch themselves financially now than incur all the costs associated with climbing the property ladder over the years to end up in this very location in a house this large. He had a valid point. Why pay the hefty city and provincial land transfer taxes plus legal and real estate costs two or three times upgrading into larger dwellings over the course of a several years if you can get the right location and dwelling now and repair it over time?

It made sense to everyone, despite the large price tag for the property. However, the rationale didn't take into account the capacity of a stay-at-home mother's ability to live in a house in need of on-going repair which would, due to their financial limitations, take several years to complete. In part because she didn't know the challenges it would present. Here's the letter we received:

Although I'm mostly happy with our purchase, there are times I have bouts of remorse. The main problem is that the house requires a lot more work than we expected. First it was the extra knob and tube wiring which wasn't detected in the home inspection report, and now it's the leak in the roof, the cost to repair the cracked chimney, and the sinking front porch. The list seems to grow faster than our ability to repair. My husband is investing long hours at work to pay for the property, while I'm at home taking care of our kids and the household. At the end of the day he's so beat he'd rather go on vacation to recuperate rather that fix the house and tackle the upkeep, while I am at home every day living with the deficiencies. It feels like the house could become an escalating battle between us and, as a result, at times I regret not getting a smaller turn-key house.

Do you have any words of advice that might make me feel better? 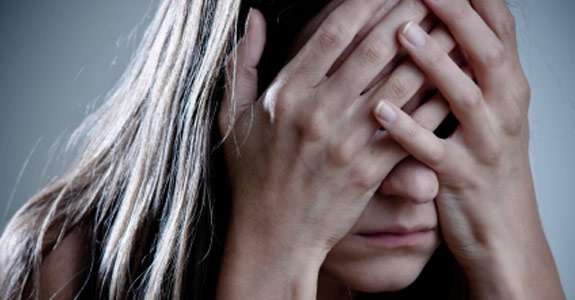 You've raised a great topic worthy of discussion with your spouse, your friends, and family. Why? Because each person responds to homeownership in their own way.

Our relationships with our homes are extremely personal, such that it's frustrating when our partners don't share our own point of view. Given you and your husband had, until recently, always lived in rental accommodation, neither of you knew how the homeownership experience and responsibility would play out in your daily lives. How could a couple know what homeownership would ultimately mean to each of you, when neither of you had ever experienced it?

Your situation is also exacerbated by the fact your partner is absorbed by professional distraction most days, while you're at home surrounded by the problems. Simply put, he doesn't feel your residence's glaring deficiencies the way you do, given you're around them double the time raising your children at home without any earning power to remedy them. This reality can make reconciling our domestic lives challenging.

The truth is, every person approaches their living environments differently. And it's dictated by a myriad of factors. Here's an example:

In my graduate research on Housing & Identity in the early 1990s, I surveyed the owner-residents of Toronto's first twenty loft condominium conversions to explore how they expressed and reflected who they were in their homes. At the time of my research, I discovered that around one third of the loft respondents living in these marginal locations could be classified as Artists engaged in photography, sculpture, and painting; one third were creative professionals operating in the fields of media, design and fashion, and the final one third were White Collar professionals occupied in health care, finance and technology. To my surprise, the point of view by which each of these groups reconciled their living environments were surprisingly different.

I discovered the Artists living in their lofts were less invested in the appearance of their homes, and much more concerned with the spatial capacity to create their art. Their spaces were less adorned, fitted in basic finishes, and in habitable condition (think concrete floors, a simple laminate kitchen, and a white 3-piece bath) . Whereas their art was the vehicle for self-expression, the space was about utility and function.

It was the mirror opposite for the second third of my research who were the creative professionals. This segment of owners were highly absorbed and engaged in their ability to design and modify the space to reflect who they were creatively. This group invested a significant portion of their time, income, and skills into customizing their lofts to reflect their identity. Their one-of-a-kind lofts (think chef's kitchens featuring a Garland gas range, floating mezzanine bedrooms and glass block washrooms) were physical incubators of progressive liberated self-expression. Their homes were their personal masterpieces.

The white collar professionals, who appreciated high design, shared a similar commitment to self-expression as the creative professionals. However, lacking the skills to create it, they preferred to purchase their lofts ready-made and reflect their identity through their contents. They either hired designers to create their mise-en-scene or they shopped for the latest objets and contemporary art (think high-end electronic media equipment, pool tables, humidors and framed cell animation) as status-markers showcasing their cultivated commitment to trends and styles. This group chose loft living to symbolize both their subscription to modern living and their rejection of traditional housing forms. The more affluent the occupant, the more likely their loft was of a quality and calibre worthy of a magazine feature. 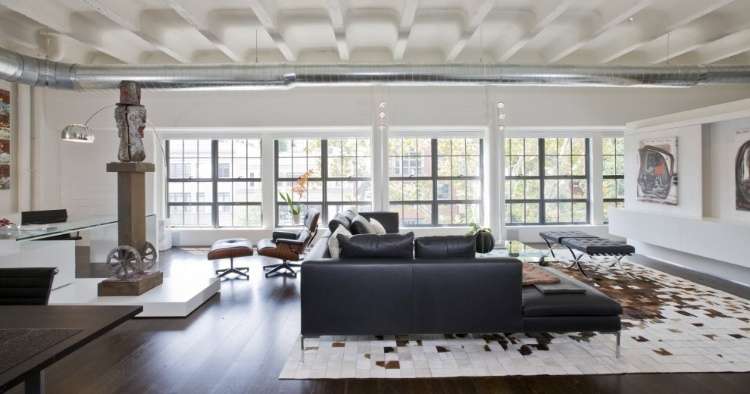 While I realize this tidbit about loft dwellers doesn't address how to navigate life in a house that needs work, it does illustrate that some people are less invested in the appearance and condition of their homes than others. Urbaneer has also experienced this in the extreme.

We once had a client who decided to renovate a house so he could create his ultimate 'dream home'. He bought a wreck of a property and gutted it to the studs. Given his inexperience, the limitations of his budget, and his desire to get the renovation completed quickly, he had to make some compromises which impacted his ability to manifest the dream domicile that existed in his imagination. Once the house was complete and, by all accounts it was a rather smart renovation, our client remained unhappy. Why? He could never see past the finishing flaws that would have made it 'perfect'. Despite the fact no one else could see these flaws, their existence annoyed him so much he eventually chose to sell and move into someone else's renovation. For the person compelled to live in Perfect, residing in a fixer-upper may be a 'living hell'.

To contrast, two decades ago we had clients buy a massive rooming house in the Annex that was in dire need of renovation (on closing it even had a transient living in a secret coal room in the back of the basement). They moved the family in. executing only the most essential of repairs, even though the house really needed to be gutted. In fact, it took them ages to repair a gaping hole in the dining room ceiling that had a clear view of the toilet in a second floor washroom! We spent years wondering why the decrepit blemishes of this former forlorn rooming house didn't bother them in the least, but after two decades of enjoying Sunday suppers at their place, we came to realize the bizarre ramshackle charm of this house, chock-a-block brimming with their collections of 'eclectic stuff', actually embodies that cherished patina we call 'Home' more than any other place we've visited. These down-to-earth folks unwittingly taught us (admittedly self-professed victims of our media-induced culture who reside in hyper-stylized domestic showcases) that despite any property's quirks and failings, it's often our attitude of what Home is which really needs renovating, rather than the roofs over our heads.

If you, Ms. Remorse, can accept the house as it is now, with all its flaws, then one day you will be telling your teenagers about how, back when they were babies, you spent every cent to put a down payment on a house with knob and tube wiring, a chimney threatening to topple, a sinking front porch and, "OMG" (which is what we all said at the turn of the millennium) you didn't know how you ever made it work!

And then you'll smile, as you look around your renovated manse, at how crazy it all was.

~ Steven and the urbaneer team.

Photograph of a "Feral House In Detroit' by James D. Griffioen

A Testimonial From First Time Buyers