Allen’s On The Danforth

So my big sister - whom I love to bits - was just in town for 24 hours enroute from Zurich to Victoria, granting us the gift of a speedy gabby catch up.

So what did we do?

We made a bee-line to my new place on Tennis Crescent which is in the throes of a mini-makeover - followed by a stroll through Riverdale and The Danforth - followed by an extraordinary fry-up brunch with Prince Edward County cider - in honour of our English roots - on the patio of Allen's on The Danforth!

I've always enjoyed Allen’s, which is located just east of the Broadview subway station at 1453 Danforth Avenue. Opened since 1987 - when The Danforth was transitioning from a Greek neighbourhood to one mixed with first generation Canadian gentry - this restaurant has achieved beloved status with its fully-stocked bar boasting 340 whiskies, over 200 VQA wines and 140 beers. In fact, Allen's is the first restaurant to be granted the "Legendary Landmark" award by Distinguished Restaurants of North America (DiRoNa). What we especially enjoy is the solid core of local regulars who maintain a consistent atmosphere of blurry eyes, good cheer, and giggles.

The food does not disappoint. The menu focuses on Ontario-farmed and grown products, with an unrivaled selection of naturally-raised or organic meats from the area. The wine cellar, with VQA bottles from all regions of Ontario and British Columbia is the largest ever assembled and serves as testament to Allen's commitment to Local Fare. And for those who love a patio, few outshine the backyard oasis which has a New York-y vibe. 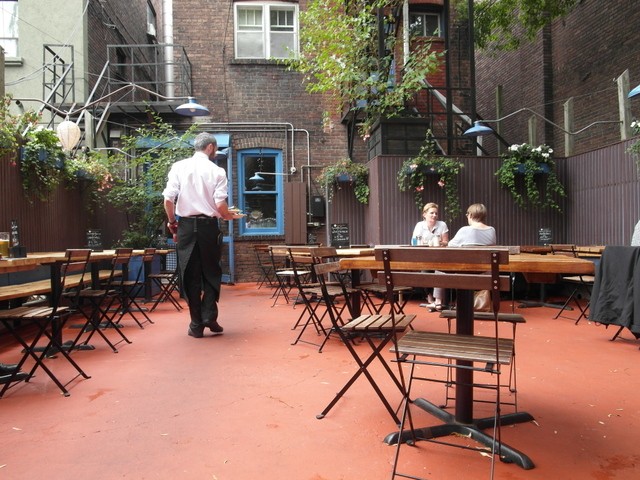 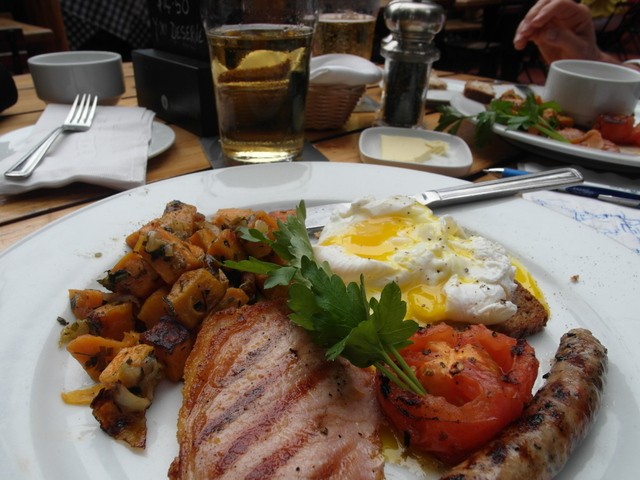 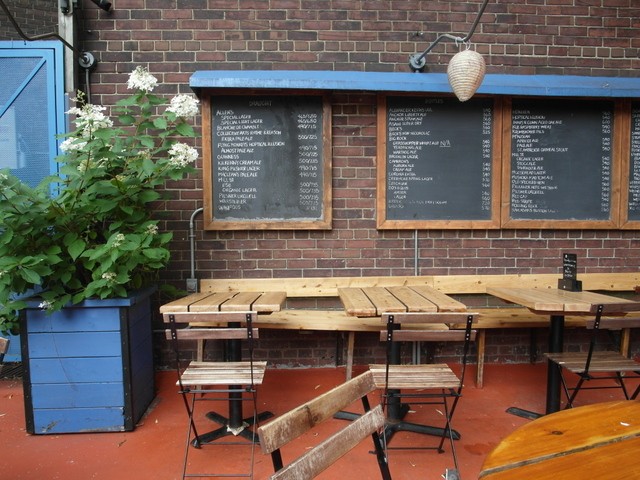 If your destination is The Danforth, this is one stop you shouldn't miss!

Like what's you've read? If Toronto real estate is on your radar, here's on Neighbourhood Pages, including this one on Riverdale and Playter Estates with flavour video, census data and area amenities!

Marriage 101: Love Me, Love My Owl Lamp - The “Do’s and Don’ts” of Decorating Together

August 2014 Home Of The Month - The Danforth

Other Posts For Riverdale / Playter Estates